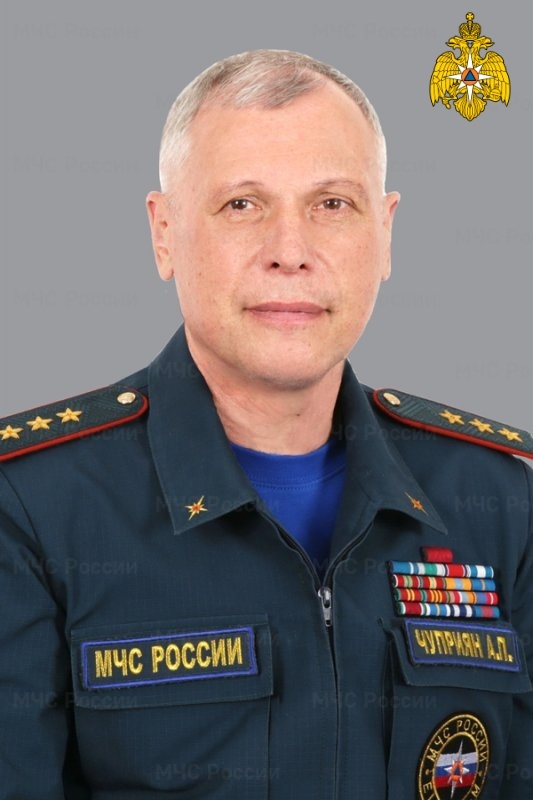 The upcoming summer may not just be hot, but very hot. This means that the risk of fires in the country is increasing. Alexander Chupriyan, First Deputy Head of the Ministry of Emergency Situations of Russia, told the correspondent how justified such fears are and what rescuers have prepared for more effective fire fighting.

- Forecasts, as you know, are a thankless thing. But the Ministry of Emergency Situations regularly makes the forecasts and is guided by them, because they are based on scientific data. What is the forecast for coming days?

- If we talk about operational forecasts, on may holidays, when the weather is dry and warm, the number of people who rest in nature usually increases, which leads to an increase of wildfires in the surroundings of settlements.

And if we take it as a whole, fires are forecast in the South of the Far East and Siberia, to a lesser extent - in the European part of the country. This year, the fire season is one of the earliest, the first fires were registered in February. We expect that the duration of the fire season will be longer than usual.

However, by the end of 2020, based on operational data, specialists of the Ministry predicted a decrease in the number of fires by 1.7 percent, the number of deaths by 2.5 percent and injuries by 3 percent.

- Did previous forecasts help you? The Ministry of Emergencies predicted the beginning of the fire hazard season earlier?

- Yes. This was not difficult to predict, given the low snowfall of the past winter. This year's winter was particularly warm, and in some regions, we can say that it was not at all. The lack of snow has led to low water levels in many regions.

Now we are particularly closely monitoring the situation in the Transbaikal, Khabarovsk, Primorsky territories, the South of Krasnoyarsk Territory, the Republic of Buryatia, the Republic of Tuva and the Republic of Khakassia, the Irkutsk, Kemerovo, Amur, as well as the Voronezh and Rostov regions.

With the predicted hot summer, peat fires may occur on the territory of the Vladimir, Ryazan, Moscow, Tver and Nizhny Novgorod regions. Of course, not as large-scale as it was in 2010. We have all learned the lessons, and preventive measures are being implemented much more effectively.

- Is it because the summer is not expected to be as abnormally hot as in 2010, or because the conditions for preparing for the fire season have changed?

- Summer is predicted to be very hot, but we are now better prepared for temperature risks. Over the past years, peatlands have been watered, the number of observation posts has been increased, and the monitoring system has been improved, including from space, as well as the efficiency of processing information and bringing it to the regions has been increased.

- Where are possible climate or any other anomalies?

- It is still too early to say exactly, but the preconditions for some anomalies are present in the southern regions of the European part of Russia. I mean the danger of a drought there.

We believe that due to the current situation, we should expect an increase of tornadoes, as well as other dangerous convective phenomena, including rainfalls, hail, and squalls.

- Based on what data do you have such expectations?

- This is due to an increase in air temperature and humidity. In addition to the increase of the total number of such phenomena, there is a tendency to increase of the areas affected by such processes.

Traditionally, from May to August, tornadoes are observed in the middle zone of Russia, up to the Urals, and the coasts of the Black and Caspian seas are especially susceptible to such phenomena. But in recent years, isolated cases have been recorded both in the North of the European part of Russia and in the regions of Siberia.

- Over the past decade, surely, the technical component of the Ministry of emergency situations has also changed? Compared to 2010, how much more effective has the Department's fire-fighting equipment become?

- If we consider the main trends in improving fire trucks, we can note several directions. One of the most promising is to expand the functionality of a fire truck, when one car can perform the functions of three cars (extinguishing, emergency rescue and lifting people and cargo to a height).

This year, more than 7.7 billion rubles are planned for the purchase of 617 units of modern fire and rescue equipment, which includes basic and special fire trucks.

Purchased equipment shall be distributed proportionately by the Main Department to the subjects of the Russian Federation in accordance with need, the presence of hazardous facilities and the climatic conditions.

- But to buy this is still half the battle, it is no less important to ensure the durability of equipment, in the language of submariners, its vitality. More than once I have seen burned equipment with melted plastic parts and headlights at fires.

- Fire units of the EMERCOM of Russia primarily require modern fire and rescue equipment, which is a technologically advanced complex. In the manufacture of such a car, new components and modern technologies are used. Light alloys (aluminum and titanium) are used for the manufacture of body parts of the fire superstructure. Adhesive technologies are used to connect body components. Fiberglass plastic is used for manufacturing of tanks.

- How do you see the development of fire protection in Russia in the future? What are the trends?

- The main directions for the development of fire protection in the near future are defined by the Fundamentals of the State Policy of the Russian Federation in the field of fire safety for the period up to 2030. Everything is set out there and anyone can read them.

I can only add that to improve the effectiveness of firefighters, it will be necessary to actively develop laboratory and landfill experimental bases for fire research, fire protection technologies, and fire safety equipment, including within the framework of the national project "International Cooperation and Export".

In accordance with this project, a reference laboratory will be created for testing exported fire-technical products, which will make the process of confirming compliance with foreign requirements and standards more understandable and accessible to a wide range of potential domestic exporters, especially for small and medium-sized businesses.

It seems that the All-Russian Research Institute for Fire Defence of the Ministry of Emergencies of Russia, the main fire-technical research institution of the Russian Federation, will play a key role in the implementation of these directions.

- How does our fire force look in comparison with other countries? Do we have something to learn?

- Each country has its own geographical, economic and cultural characteristics, its own generally accepted rules of behavior and culture of life.

In some countries more attention is paid to the training of firefighters, in others, there is an active introduction to the work of fire protection innovative modern samples of fire safety products. The third group of countries improve tactical methods of fighting fires.

- Why do people often call firefighters late and on the phone, although in the 21st century, information and electronic technologies have moved far ahead?

- The main type of communication used by the population to communicate with emergency services is traditionally telephone communication - wired and wireless.

- How do you fight with counter fires? The President did not support measures to increase the penalties for those responsible for fires, unless it is related to covering up other crimes, such as illegal logging. The head of state suggested thinking about other measures to prevent fires. What are the preliminary thoughts and measures that could be proposed for discussion? Or is it just necessary to strengthen preventive work and nothing else for careless arsonists to come up with?

- In general, the issue of protection of settlements exposed to the threat of forest fires has been sufficiently resolved today. The situation with so-called landscape fires is different. For this purpose, a draft federal law has been developed that provides for the consolidation of the concepts of "landscape (natural) fire" and"forest fire". The draft law was approved by the relevant authorities and submitted to the Government of the Russian Federation on January 20.

In addition, we believe that in order to increase protection from wildfires, it is necessary to establish administrative responsibility for violations of regulations of fire safety requirements when introducing special fire protection regime, and provide for the deduction of monetary amounts from fines imposed to local budgets.

It is also necessary to consider the issue of giving officials of executive authorities of subjects and local governments the right to punish those responsible for burning dry grass in accordance with the Code of Administrative Offenses.

As of the end of April, since the beginning of the year, more than 157 thousand fires have occurred on the territory of the Russian Federation, during which more than 2,990 people died. This is 8.5 percent less than last year, and the number of deaths is 14 percent less.